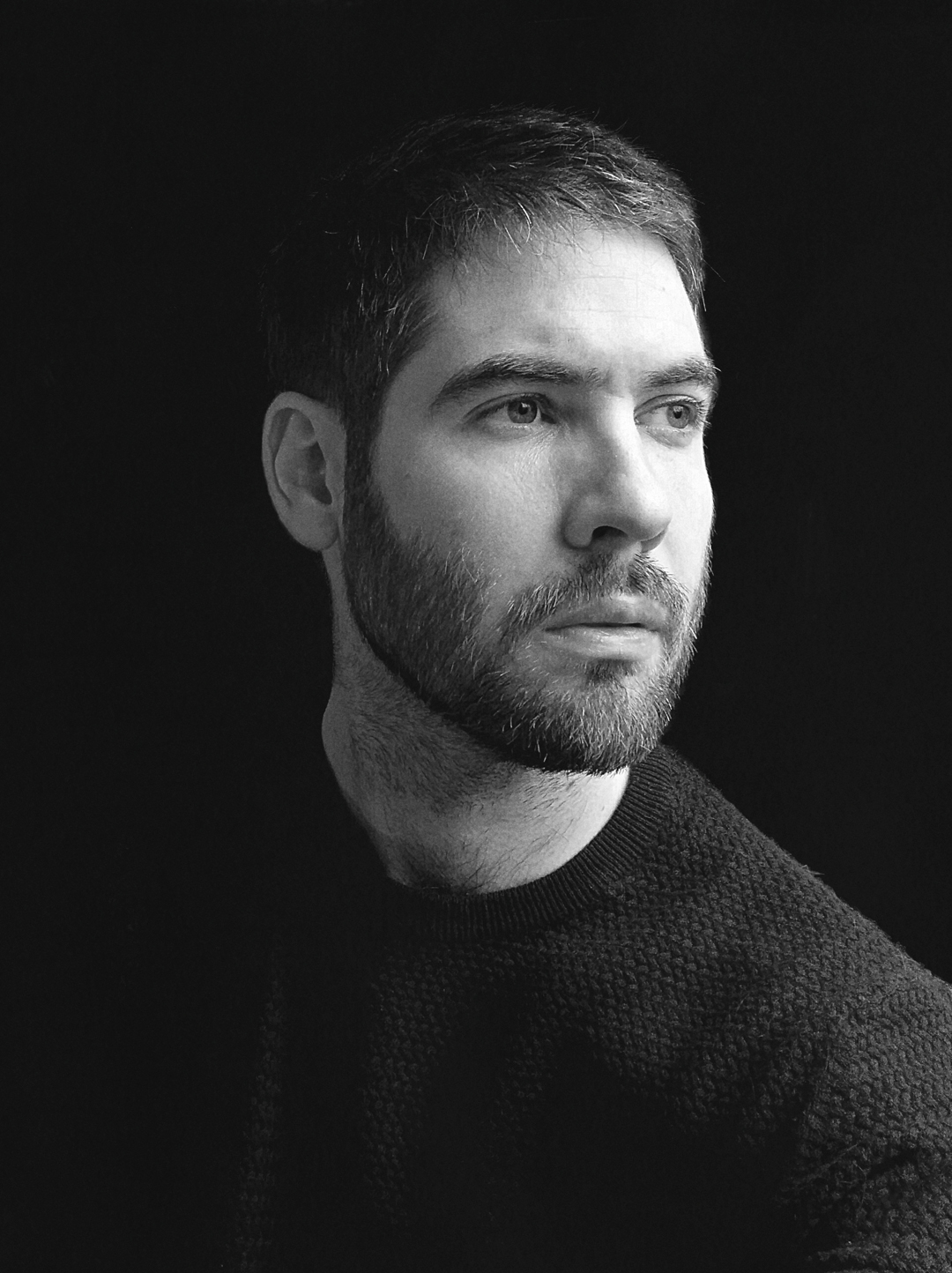 Eliran Kantor is one of the greatest artists on the scene nowadays, in my humble opinion and now, we at Headbangers Brasil have the honour to interview him.

Headbangers Brasil: Eliran, first of all, thanks for your time to talk to us and now, can you tell us about you?

Eliran Kantor: I’ve been making pictures since I was a child, and for the last decade or so my pictures have been often used as album covers for metal bands.

Headbangers Brasil: How did you started to paint or to create your art?

EK: I got into drawing as a kid. My father Zeev Kantor painted and drew, so his work was my introduction to art as a toddler. He painted my bedroom walls with Disney characters, and his own walls with characters from Pink Floyd’s ‘The Wall’.

The years following were mainly pen and pencil, with some occasional experiments with chalk and acrylics. I did cartoons mostly – mimicking Uri Fink – and imaginary Ninja Turtles ‘screenshots’ from an imaginary video game that didn’t exist. At fifteen I did a few murals on my bedroom walls with acrylics, then was asked to paint a couple of friends’ walls as well. A few local metal bands saw these and asked me to design album covers for them.

Headbangers Brasil: In your early days as an artist, did you ever thought that you could be one of the most important artist of a scene?

EK: Thank you for the kind words.
I never had any plan, expectations or goals. I’ve been simply following a very childish path of constantly doing the same thing I always loved doing, every day. With the years it became a time consuming hobby, then a job, then a career.
I’m lucky to have such a stubborn and immature approach, because while it translates to mostly negative things in your personal life, it can translate into positive things in the context of creating art.

Headbangers Brasil: That´s normal to ask, can´t escape from it, who was your influence to start?

EK: I do admire a lot of VERY different artists spanning all the way back to the old masters and to modern times, even cartoon animators from the 70′-90’s and modern day 3D animators.

So that list would be as diverse as any list going from Arnold Böcklin to Odd Nerdrum, Rubens to Beksinski, Goya to John K, Frank Frazetta to Terry Gilliam and Hipgnosis to Jesse Kanda.

The earliest influences from when I was a kid? In this order: TV cartoons (too many to mention), Uri Fink, John K, Salvador Dali, H.R. Giger, Terry Gilliam.

Headbangers Brasil: Your connections within arts are since your childhood?

EK: Yes, my first experience with an impactful combination of art and music (besides children’s music) was when I was about 4-5 and my father showed me Pink Floyd’s ‘The Wall’ movie. Now, try to think about that movie from the eyes of a 4-5 year old:
Like the scene where the children go on the moving production line, then their heads turn to faceless masks, and then they all fall into a giant meat-grinder.
Or the scene with the marching soldiers turning into hammers, then to planes and finally to bloody cross graves. Or the trial scene with the screaming face.
All these animated scenes and characters by Gerald Scarfe.
It was really scary for me.
To this day, that movie and album have a very special place in my heart.

When I was 5 I drew a puppy for my grandma, she paid me the equivalent of 5$ but insisted I will never sell anything before signing and dating it.
I would love to see it now but there’s zero chance she knows where it is.

I am mainly self-taught. I did take a biweekly junior art course at about age 12 for a year. It covered the very basics of perspective, composition and handling various mediums. You had to enroll into 2 different classes so I took animation as well, but I didn’t really liked drawing the same thing 24 times per second so I worked with clay instead.

Headbangers Brasil: And within Metal, when you became a “metalhead”?

EK: It has been a major passion of mine even since I was 14. My dad got me into Deep Purple, Scorpions and Black Sabbath. And then I went on to record shops to look for the names I’ve heard on Beavis and Butthead, like Megadeth, Metallica and Iron Maiden.

Headbangers Brasil: Who was the first band that commissioned a cover art with you?

EK: The timeline is a bit fuzzy there, it was either Solitary or Armilos, who’s line-up included future Orphaned Land members Matan and Idan.

As a 17 year old teen and a massive CD collector at the time, I was just so thrilled when I got these CDs. I have a really vivid picture of those moments in my mind. I got both outside of a local gig and I’ve probably stayed outside checking every panel and part of them, that I probably missed a couple of the opening acts.

Both bands heard about me because we had friends in common, and I used to paint murals on the walls of my friends’ bedrooms.

Headbangers Brasil: Now, about your process of creation, your artwork always seems to be a oil paitinn creation, is that right to tell that all yours covers, before been on a album is on a wall?

EK: Actually no. Most of my work involves digital painting. I did invest about a decade into developing digital brushes sampled from scans of my own brush strokes in acrylics, Making sure the digital process will retain the original organic feel of my own touch. So it’s more like a mixed-medium painting.

Headbangers Brasil: Also how long it takes on average to create a painting like that?

EK: It varies too much to even tell you a ballpark range, plus I don’t keep time on tasks.

Headbangers Brasil: Is that right to say that, “Dark Roots Of The Earth”, from Testament, changed a little bit your carrer?

EK: I also think so. I became three or four times more in demand ever since that one. I think that cover became so popular because it captured the balance between original and traditional. So it’s familiar enough to feel classic, yet different enough to still get people excited. It’s also my most tattooed one by far.

Headbangers Brasil: Which cover art you´re most proud of been created?

EK: There are a few:

‘The Hangman’, commissioned by ARTIZAN

I had an idea about a figure using a horrifying way to make music. I like contrast and absurdity when it comes to stories, so the darker I got with the color scheme and theme, the bigger I wanted the main character’s smile to be.

‘In Somniphobia’, ´commissioned by SIGH

Same ideals regarding contrast, the more I wanted this to give the feeling of horror, the more sunlight and happiness I injected into this fruit-market scene. The impact you get derives from the storytelling, since you notice the cheerful aspect first, then get surprised by the subtle details.

Compositional-wise, it’s an intimate close-up, not relying on grandeur and epic vastness on purpose. The reason is since the concept is about a ritual involving a few characters and breastfeeding, you want to have that feeling of intimacy and secrecy.

‘The Arrow of Satan is Drawn’, commissioned by BLOODBATH

This is another one that is more about a subtle, creeping feeling of dread. Very much story-telling based as well. Look it up, I think any more details about it will ruin it.

‘The Ghost of Orion’, commissioned by MY DYING BRIDE

A more elegant approach, and I had the honor to do it as a commission to one of my all time favorite bands.

Headbangers Brasil: Is there any band that you really want to create something?

EK: To all of my favorite bands naturally. The ones still active are King Diamond & Mercyful Fate, Voivod (could be a cool collaboration with Away), Maiden, Priest, Sabbath, Alice Cooper, Megadeth, Metallica etc.

Headbangers Brasil: Do you know something about Brazil, is there any band you like to hear from Brazil?

EK: As a long time Sepultura fan I was very happy Max got in touch and brought me on board to do the last couple of Soulfly album covers. I also painted an album cover for the last Krisiun record which is also a great band. And I also love Sarcofago.
I’m aware of other Brazilian bands but those are my absolute favorites.

Headbangers Brasil: Eliran, thank you so much for your time and please, now it is with you, leave a message for your fans in Brazil. Cheers.

EK: I’d love to come to Brazil one day if the right offer (and of course after Covid-19 is behind us) will come to do an exhibition of my work over there, that would surely be amazing. 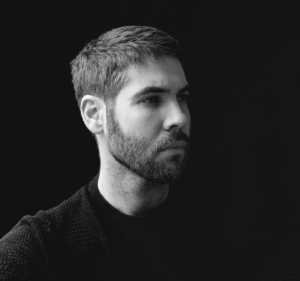 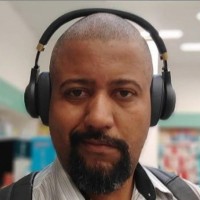 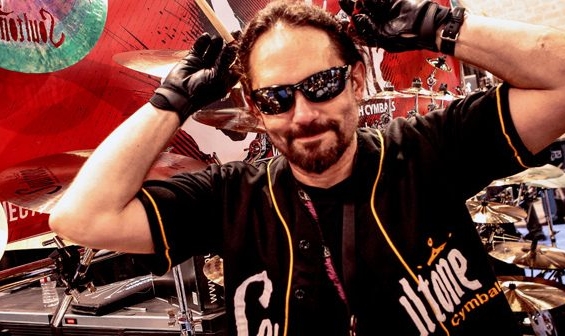 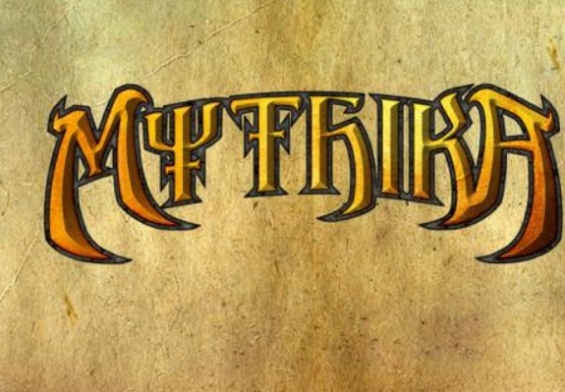 Darkside – Fragments of Madness… At The Gates of Time (2018)

Between The Buried And Me tá vindo. O que vocês precisam saber sobre…